The Long Battle for Women’s Suffrage

With the centennial anniversary of the passage of the 19th Amendment approaching, a look back at the surprising history of giving women the vote

If you look at black-and-white photographs of suffragists, it’s tempting to see the women as quaint: spectacles and undyed hair buns, heavy coats and long dresses, ankle boots and feathered hats. In fact, they were fierce—braving ridicule, arrest, imprisonment and treatment that came close to torture. Persistence was required not only in the years before the 19th Amendment was ratified, in 1920, but also in the decades that followed. “It’s not as though women fought for and won the battle, and went out and had the show of voting participation that we see today,” says Debbie Walsh, director of the nonpartisan Center for American Women and Politics at Rutgers University. “It was a slow, steady process. That kind of civic engagement is learned.” 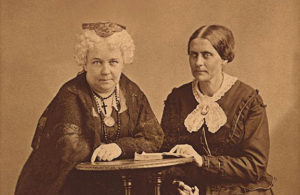 This forgotten endurance will be overlooked no more, thanks to “Votes for Women: A Portrait of Persistence,” a major new exhibit at the National Portrait Gallery through January 5, 2020, that features more than 120 artifacts, including the images and objects on these pages. “I wanted to make sure we honored the biographies of these women,” says Kate Lemay, a Portrait Gallery historian and the curator of the exhibit, which portrays the suffragists as activists, but also as students, wives and mothers. “I wanted to recognize the richness of their lives,” Lemay says. “I think that will resonate with women and men today.” The exhibit is part of the Smithsonian American Women’s History Initiative, intended to be the nation’s most comprehensive effort to compile and share the story of women in this country.